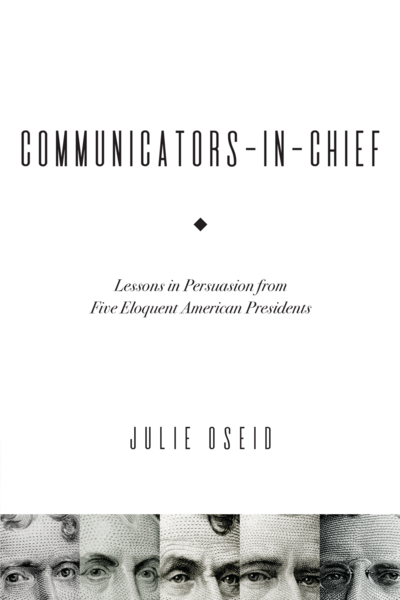 Add presidential style to your legal briefs by using the writing qualities perfected by five eloquent American presidents. Thomas Jefferson used metaphor so effectively that his famous metaphor of the "wall of separation between Church and State" has replaced the literal language of the First Amendment in the minds of most Americans. James Madison wrote with rigor that helped him develop some of the most significant political theories—and practical proposals—shaping our government. Abraham Lincoln's brevity persuaded his audiences, and it continues to persuade and inspire us. Ulysses Grant's clarity made him an astonishingly effective writer and military leader. Teddy Roosevelt combined his energy with his conviction to write with zeal that moved his audience.

This book examines why these five presidents were so persuasive. Although parts of the presidents' stories will be familiar, the focus on one writing quality, and the habits employed to achieve that quality, will bring new insights. The book also provides examples of each president writing with his signature quality, lists each president's favorite books, and shows how the presidents influenced each other's writing styles. Each featured president had some natural writing talent, but each also worked hard to hone his writing. The real stories are not as glamorous as the myths that the presidents dashed off perfect writing without any effort. But the stories offer us hope that we, too, can become more persuasive writers by adopting the writing habits and approaches of our most eloquent presidents.

"So many of our presidents are known for their rhetorical style that Oseid is able to build a body of work about the takeaways that we, as legal writers, can learn from our bygone leaders. . . Her new book brings together the rhetorical lesson from these five presidents and does so in a way that is very readable in the gestalt." - Professor Ruth Anne Robbins, Appellate Advocacy Blog