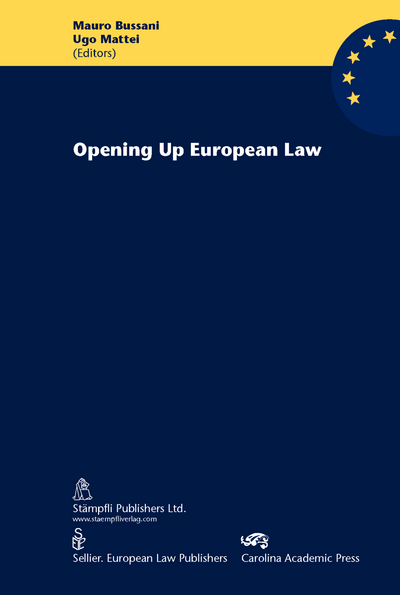 The Common Core Project towards Eastern and South Eastern Europe

Current European private law is being created and influenced by many scholarly and official projects. One of the most comprehensive and long-standing of these is the Common Core of European Private Law Project, launched in 1993. Within this project, over 200 professionals have collaborated to create a painstaking comparative analysis of European legal system with leading scholars from new EU countries addressing both the impact of the integration of EU law into their own legal systems and the challenges that the "Common Core" method of legal analysis faces.