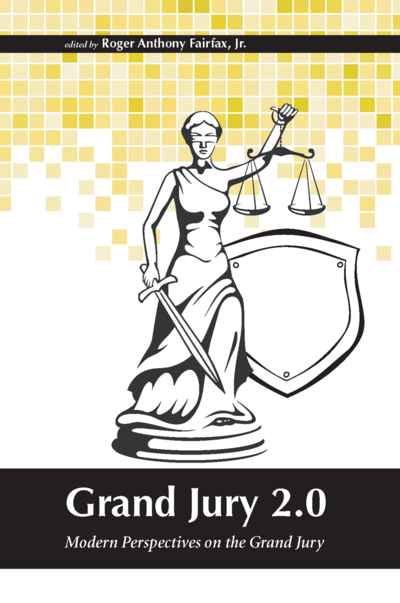 Modern Perspectives on the Grand Jury

Grand Jury 2.0: Modern Perspectives on the Grand Jury challenges the American legal culture to re-imagine the grand jury and proposes ways to adapt the grand jury's proud heritage to the needs and realities of modern criminal justice. Chapters provide a rare peek into the black box of grand juror deliberations, reflect on empirical evidence related to the grand jury's often overlooked role in charging and plea bargaining practices, and explore what state grand juries tell us about the institution's potential. Other chapters re-examine the grand jury's seemingly settled historical narrative, emphasize the role the grand jury can perform in empowering and giving voice to citizens and local communities, consider whether the grand jury has a discretionary role to play in the initiation of criminal proceedings, highlight the ways in which grand juries have been employed in the War on Terror, and suggest how the grand jury can add value beyond performing its traditional roles – both inside and outside the criminal justice system.

Fairfax brings together essays written by leading legal scholars and jurists to re-examine the role of the American grand jury, one of the oldest protections known to the American constitutional order. The book's synthesis of criminal law and procedure theory and analysis along with concrete policy proposals makes it required reading for any scholar, student, jurist or lawyer interested in the past, present, or future of the American grand jury.