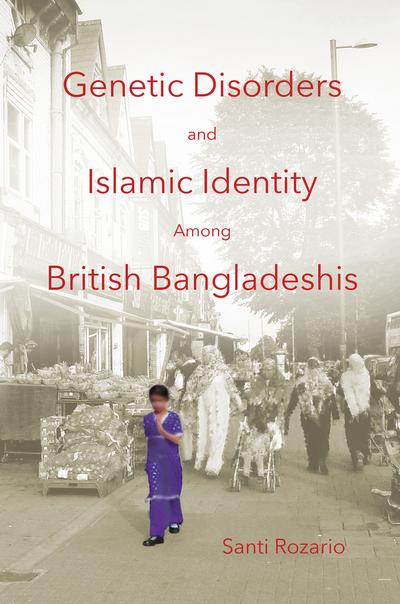 The book provides a revealing perspective on the complexities of life in a diasporic community at a time of considerable tension and conflict. Two key issues are the continuity of Bangladeshi kin networks, restructured within their new transnational context but retaining entrenched attitudes to women, gender and hereditary illness, and the role of Islam and of Muslim identity in a British society increasingly hostile to Muslims and polarised around questions of religion. The families' orientation towards genetic illness, and the ways in which they respond to it, cannot be understood without a detailed analysis of these issues. The families' wider kin networks, both within and beyond the UK, have a critical impact on the options available to them. The extended family may provide support, but it can also stigmatise and allocate blame. Much depends on the kind of relationships women, the primary caregivers in all the families, have with their close kin.

Islam also shapes the situation in complex ways. Islam strongly encourages medical treatment, but the families' views of legitimate medical options are framed within the context of the growing 'Islamophobia' of wider British society, including moral panics about 'cousin marriage' among Muslims, and the increasing popularity among British Muslims of various forms of Islamic modernism. In practice, the politics of Muslim identity in contemporary British society often closes off possible options for genetic testing or other medical intervention.

This study also shows how the interaction of medical professionals and their genetic knowledge with ethnic minority populations may be complex and ambivalent. Affected families may have good reasons to make other choices than those expected and desired by medical professionals. The way in which medical professionals assess and understand the risks of genetic illness often differ from the way in which lay people see those risks. The decisions made by these families in relation to their children's often severe genetic disorders may seem irrational and counterproductive within the framework of the medical profession. They are rational and comprehensible, however, within the framework of British Bangladeshi Muslims. For the families, the risk to reputation, status and honour, if others know that there is a fault or problem in the family's 'blood' (rokter dosh, or fault with blood) might be more important than the risk of having an affected child. Rokter dosh also has moral implications for the members of the extended family, and can damage the marriage prospects of unmarried children, whether or not they are affected by genetic illness.

Genetic illness is a social issue as well as a medical issue, and the research in this book has real-life implications and significance as well as making a contribution to anthropological knowledge.

This book is part of the Ethnographic Studies in Medical Anthropology Series, edited by Pamela J. Stewart and Andrew Strathern, Department of Anthropology, University of Pittsburgh.

"This book carries an important message for health professionals, policy-makers and community members in a society increasingly polarized aroudn the insularization (from within and from without) of Muslim migrant communities." — Aviad E. Raz, Ben-Gurion University of the Negev, Israel