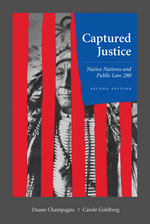 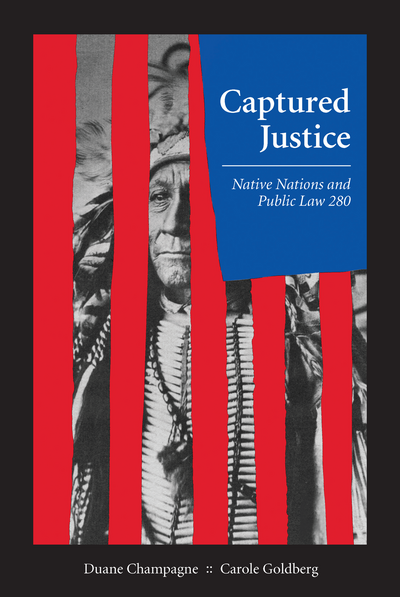 The policy of forced assimilation, called "termination," that Congress pressed upon Native Americans in the 1950s brought state criminal jurisdiction to more than half of all Indian reservations for the first time in American history. The law that accomplished most of this shift from a combination of tribal and federal control to state control is widely known as Public Law 280. Tribes did not consent to the new and alien forms of criminal justice, and the federal government provided no funding to state or local governments to ease the new burdens thrust upon them.

Present-day concerns about community safety in Indian country raise questions about the appropriate strategy for achieving that end. Is expanded state criminal jurisdiction an appropriate response, or should that option be off the table? Does the experience with Public Law 280 suggest conditions under which state jurisdiction is more or less successful?

Captured Justice is the first systematic investigation of the success or failure of the Public Law 280 program substituting state for tribal and federal criminal justice in Indian country. The authors first identify a set of six conditions that are necessary for criminal justice to succeed in Indian country. They then present the results of hundreds of interviews and surveys at sixteen reservations across the United States, tapping reservation residents, tribal officials and staff, and state and federal law enforcement officers and criminal justice personnel, to find out how the state jurisdiction regime is faring and to compare experiences on Public Law 280 reservations with those on non-Public Law 280 reservations. Before-and-after case studies of tribes that were able to remove state jurisdiction from their reservations complete the book.

Captured Justice is both an important assessment of an historic federal Indian policy that remains with us today, and a guide to future criminal justice policy for Indian country.

"The authors carefully and clearly explain the interaction of a complex overlay of cultures and legal systems. They also clearly explain their methodologies and interview individuals about their experiences in the legal system. This book would be appropriate for anyone interested in American Indian law, or those interested in related topics such as contemporary Native American studies or sociology." — Book News Inc. (October 2012)