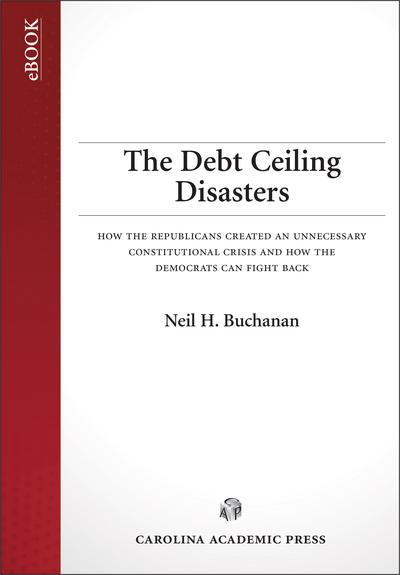 In 2011, the new Republican majority in the House of Representatives embarked on a radical and dangerous path, threatening to refuse to increase the limit on federal debt. This new Republican strategy threatened to bring about the first federal default in the history of the United States – a default that would be caused not by economic necessity, but by political opportunism.

Because no one had ever threatened to force the federal government to default on its obligations, politicians and scholars found themselves in uncharted territory. Most commentary was superficial and ad hoc, failing to take seriously the profound legal and economic questions that the Republican strategy raised. Neil H. Buchanan, an economist and a tax law scholar, emerged as the only expert analyst who systematically engaged in depth with all of the issues surrounding the debt ceiling.