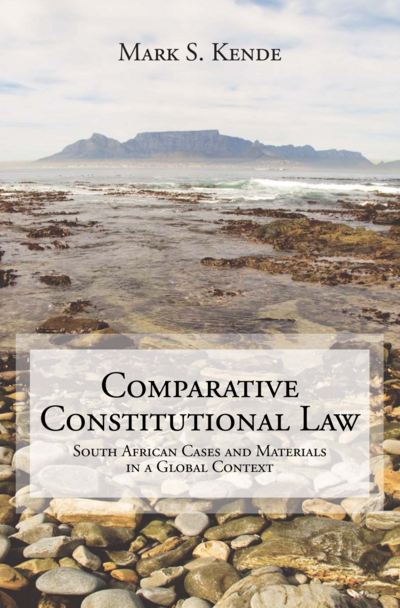 South African Cases and Materials in a Global Context

Harvard Law Professor Cass Sunstein has said that South Africa has "the most admirable constitution in the history of the world." This comparative constitutional law casebook is unique because it allows students and experts in U.S. constitutional law (or other nations) to compare their approach with modern South African constitutionalism. The transformative and progressive South African Constitution adopts the most successful parts of existing parliamentary constitutions, while honoring the nation's African heritage. Further, it incorporates numerous international human rights such as socio-economic and environmental rights. The book's South African focus guarantees readers will grasp the contingency and social context of a foreign constitutional court's decisions, rather than primarily surveying cases from numerous other nations. Yet the introductory chapter also provides background on South Africa, and then exposes readers to key theoretical questions about comparativism. Moreover, that chapter briefly describes seven other constitutional democracies where the courts play important but different roles than in South Africa. These nations provide further context for the strong judicial review exercised by the South African Constitutional Court. Indeed, excerpts from that Court's decisions make up most of the core second chapter. The core chapter also contains questions about the reasoning of each South African case, as well as how that case compares to a single foreign case on the same topic. The book is suitable for law students, as well as other graduate and undergraduate students. In addition, the book is the first condensed version of South African constitutional case law published in the U.S. Thus, it functions as a research collection for experts, as well as a casebook.