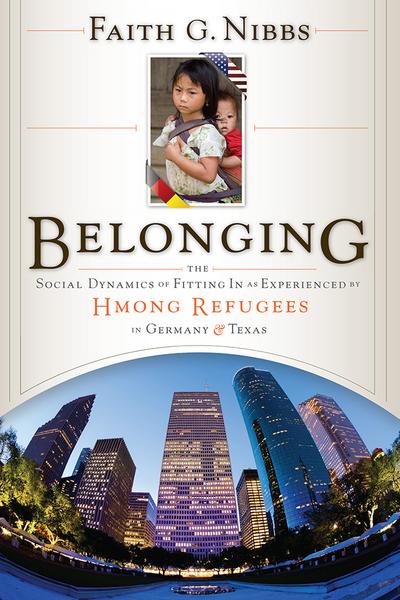 Is refugee belonging more successful in a big city where resettlement agencies and refugees themselves have access to more resources and opportunities or in a small village community that operates on face-to-face relationships? In contexts that offer more hands-on assistance or in those that are more laissez-faire? How do refugees negotiate the often intersecting and complex global relationships that accompany belonging? And what can we learn about the process of how refugees restructure and reposition themselves in the course of upheaval by examining belonging at different scales?

In response to a general call for more comparison in migration studies, Belonging offers a cross-national analysis that tackles these questions. Through a case study of two little-known Hmong communities that originated from the same Lao-Hmong refugee group but resettled in communities with markedly different approaches to welcoming them — Texas, in the United States, and Gammertingen, a small town in Germany — this book argues that a more thorough understanding of this process requires unpacking the social dynamics of fitting in as they are simultaneously represented across different scales — local, regional, national and global.Its arguments challenge us to rethink social cohesion as influenced by the intersection of multiple factors in different contexts that go beyond the immigrant/host dichotomy and proposes a framework that re-conceptualizes belonging as a multifaceted phenomenon that overlaps, intersects, and often conflicts with other social arenas where perceived togetherness is also desired.

"Dr. Nibbs has made several contributions to the anthropological and refugee studies literature on important questions of refugee settlement, by exploring relevant and inter-related issues that influence refugees' "belonging" in relation to their new larger society, their own local ethnic group, and their diasporic ethnic group members, which readers will find insightful." — Kathleen A. Culhane-Pera, Refuge: Canada's Journal on Refugees